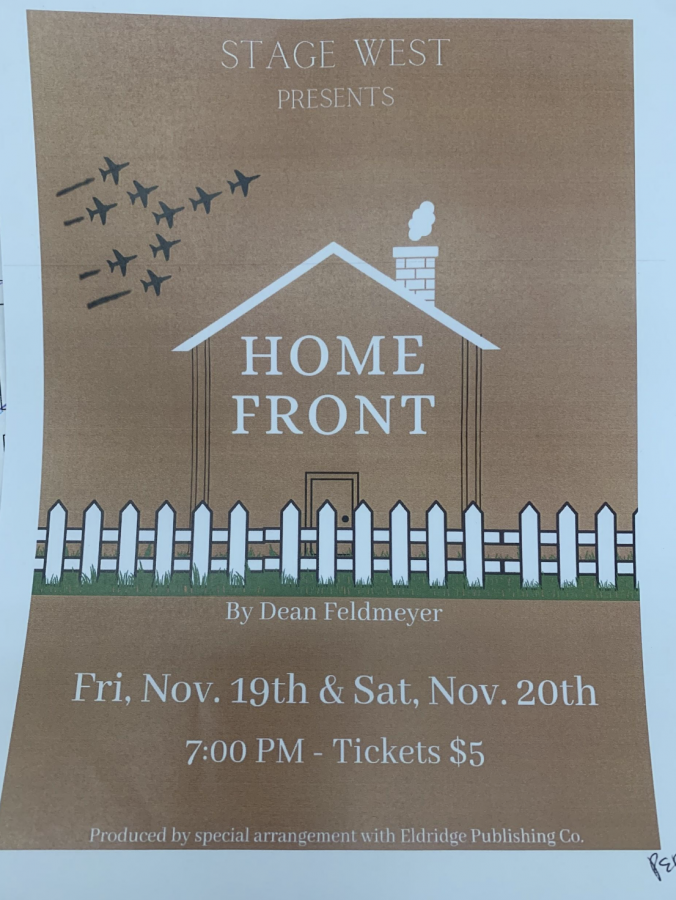 Debuting on Friday, November 19th, HOMEFRONT is a heartwarming drama bound to capture the attention of the West community.

Save the date! Stage West Drama Club is back this year with their fall production of Homefront, directed by Mrs. Draus and Mr. Osborne! The debut is Friday, November 19, and the next and final performance will occur Saturday, November 20.  Both performances will take places here at West in the auditorium at 7:00pm. Guests can buy tickets the night of at the front lobby attendance desk.

The play Homefront follows a family in the midst of World War II and details the effects the war has had on them. On the Hoosier homefront, the Rev. Peter Farenkamp and his family try to do their part, whether volunteering as air raid wardens, inviting nearby defense workers to live with them, or even showing interest in signing up to fight.  Though there is some conflict among the family regarding their beliefs about war and its dangers, Mrs. Draus promises all of West that “It’s a heartwarming drama that sneaks up on you!”

This touching piece is exactly what we as a student body need, especially in a time like this, with the pandemic seemingly trying to separate us physically and emotionally. Stand together, and come support Stage West with their performance of Homefront.