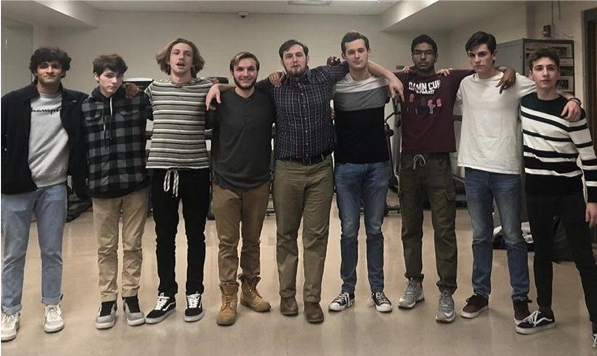 It’s almost that time of year again–that beautiful time when the talents of the D-West boys are on full display. Mr. West, the yearly tradition of showcasing the obscure skill sets of some of our senior boys promises to be even more entertaining, comedic, and impressive than the previous outings. Each year, the Mr. West competition offers a wide array of contenders, ranging from musicians to athletes and everything in between. Last year, the title of Mr. West 2019 was awarded to Alex Myers who blew the crowd away with his BMX tricks, so the 2020 contestants will have some big shoes to fill.

For the 2020 Mr. West theme, contestants will portray characters from the Super Mario games, which promises to be a sight to behold. Along with the spirit of competition, Mr. West hopefuls will put their dancing ability to the test. “I enjoy it. I’m a bad dancer, but I’m learning,” commented contender Andrew Henrichon (’20).

In terms of the contestants themselves, their talents will remain a mystery until the night of the performance when the best of West will be awarded the coveted title of Mr. West. Make no mistake, Mr. West is more than your average school talent show. Often times, this event allows the participants to showcase a side of themselves rarely seen in the school setting. For those who have yet to witness the showmanship and preparation put into this yearly event, I strongly encourage you to show out on April 22 at 7:00 in the West auditorium.

Stay tuned for more information about tickets and fundraising events.