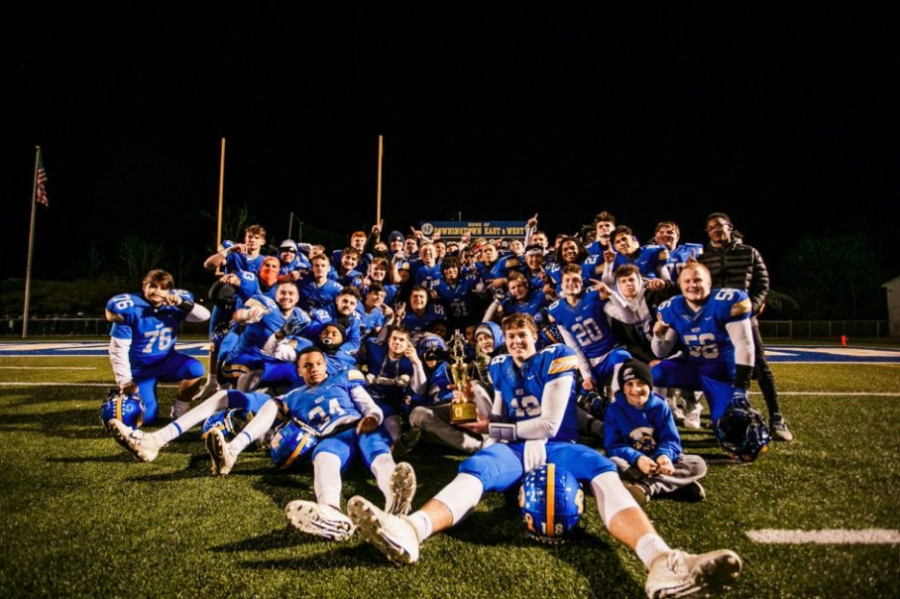 The Downingtown West Whippets had an amazing, memorable season. They won the Ches-Mont title and were crowned District Champions. Earlier in the season, the Whippets lost to Coatesville, and Head Coach Mike Milano said, “We will see them again.” This implied that the teams would meet again potentially in a District Championship game. That indeed did happen and the game presented a different result. The Whippets took care of business, beating Coatesville by a final score of 48-36. Downingtown West went on to play a really good Central Dauphin football team in the state semi-final where their memorable season ended.

The Whippets have many things to be proud of considering they are the best Downingtown West team ever. Many players were selected as Ches-Mont all-stars. Starting quarterback Will Howard even won PA Football’s Player of the Year! As he was a big contributor to the Whippets’ success, he will go on to play at Kansas State. As far as the future goes for the Whippets, they have many good and young talented players to fill the shoes of those who are leaving. All in all, the Whippets had a season to remember for the ages and nobody can take their District Championship away.