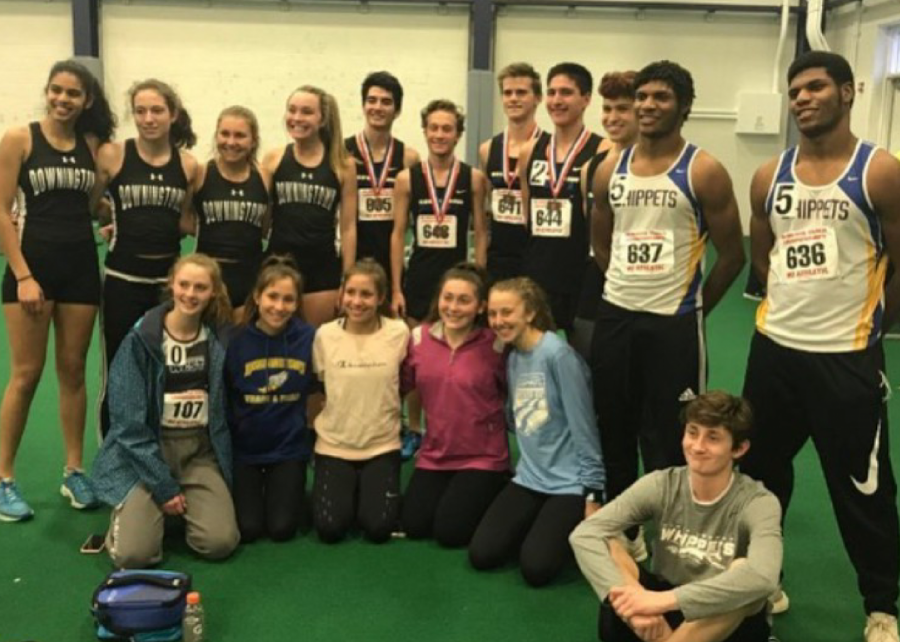 The  2019 track team looks forward to a promising season as upwards of 225 kids have signed up to compete. Throughout the indoor track season, many athletes were able to prove themselves as they competed phenomenally. With many athletes qualifying and participating in both District and State compeititon, the West track team made their presence known throughout the league. Some of the outstanding performances include third place in the boy’s distance medley relay (Peyton Sewall, Joe Chamoun, Isaac Valderrabano, and Ethan Robinson), tenth place in the boys’ 4×200 relay (Terrance Gainer, Marcus Gainer, Jared McIntire and Spencer Mochulski), twelfth place in the girls’ distance medley relay (Ashley Cichon, Sarah Schreiber, Nina Gallagher and Lauren Flannery), and fourteenth place in girls’ triple jump (Morgan Alston). Fighting through the rough weather throughout the season, many of the athletes were still able to succeed and prepare for spring track. Working out on snow days and powering through the storms, West athletes never loss motivation and will hopefully prevail in this upcoming season.

The spring track team, comprised of my students who participate in indoor track, will compete in its first meet on Monday, March 25th, against Bishop Shanahan. For the past three weeks of this season, coaches have prepared athletes to maintain a competitive mindset. Sophomore Sarah Stockdale discusses her feelings towards her future races: “I’m nervous but definitely excited. I hope all of the training and hard work put into my cross country and indoor season pay off.” In addition to the help from the coaches, the West track team is now instituting captains for the first time ever. Juniors and seniors have applied and come together to fulfill leadership roles for their younger counterparts. Senior Lindsay Wallace comments on becoming a captain for the 2019 season, saying, “It feels like we’re coming together as a team more than ever and I’m excited to get to know some of the other captains. I remember looking up to the upperclassmen when I was a freshman and I hope I can provide the same leadership I was given to our new athletes.” Many new aspects of this season will hopefully provide for success as many athletes are on the brink of qualifying for Ches-Monts and hopefully Districts.